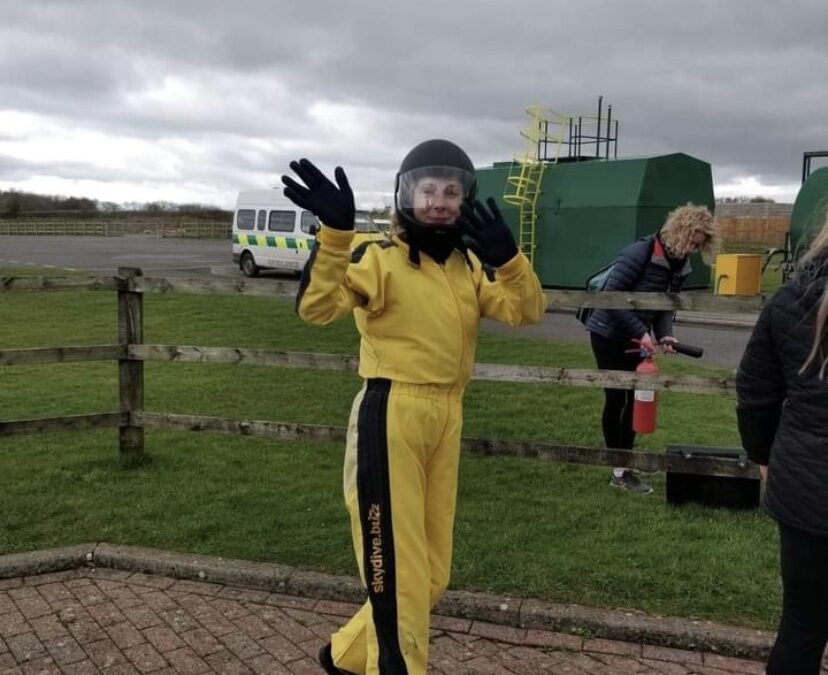 Dogs for Autism are proud to announce that their Early Days Manager, Gemma Binstead, has successfully completed a sponsored wing walk for the charity, strapped to the wings of a bi-plane!

Gemma, an experienced dog handler and trainer for Dogs for Autism, has raised over £1000 for the charity by flying 700 feet above the ground this March, flying at speeds of up to 130mph and strapped securely to the wings of a bi-plane as it flew above Devon on a chilly Spring morning.

Gemma said, ” I am delighted to have been added to the Dogs for Autism’s ‘Hall of Fame’ for their 100 Hero campaign and am thrilled to have set myself this challenge. Like most people I am slightly nervous about heights, but this was a challenge that I thought I would set for myself. There was literally no going back! I wanted to see if I could push myself to take on a new and positive activity, raising funds that might help the lives of the autistic partners and the dogs that I work with. I am so pleased I have been able to raise a thousand pounds for Dogs for Autism”.